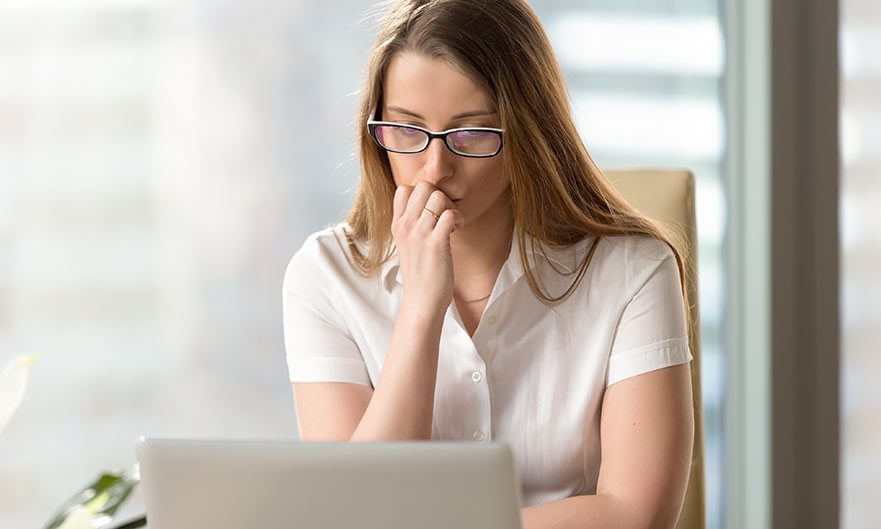 At The Woman’s Health Pavilion, our OB-GYN specialists in Nassau and Queens County frequently help women find the right birth control method for them. Yet despite wanting to avoid unintentional pregnancy, many women are hesitant or afraid to start birth control because of rumors they’ve heard. Whether from friends or from the internet, there’s plenty of misinformation floating around about the safety, side-effects, and effectiveness of birth control. If you are actively trying to avoid pregnancy, you need to know the facts. Here are 5 top myths about birth control.

A fear of gaining weight keeps some women from starting birth control. But there is little scientific evidence to support the idea that birth control causes actual weight gain. In fact, a large review in 2014 did not find that birth control pills or patches cause women to gain weight. The only birth control method that has been linked to actual fat gain is the Depo-Provera® shot.

Some women do experience mild water retention after starting birth control. This is due to changing hormone levels, not actual accumulation of fat, and rarely amounts to more than a pound or two. Of course, every woman reacts to birth control differently: Even if a certain type of birth control made your best friend bloated, that doesn’t mean it will have the same effect on you. In fact, it could have the opposite effect and you might lose a few pounds!

Another common misconception is that women who are exclusively breastfeeding don’t need to worry about birth control until they start having periods again. This not entirely true. Breastfeeding mothers can (and do!) get pregnant while breastfeeding.

The logic behind this myth stems from the fact that breastfeeding can suppress ovulation. Women who are exclusively breastfeeding (and have not yet seen a period after their delivery) are least likely to ovulate. If you are breastfeeding just some of the time and supplementing with formula, you have a higher chance of ovulating. You may be less fertile while breastfeeding, but don’t count on being infertile.

Unless you want to give your new baby a little brother or sister, you’ll need to play it safe. There are several birth control options that are safe for moms who are breastfeeding: In our practice we commonly use progestin-only pills (the “mini-pill”) or IUDs for this purpose. Condoms are also an appropriate choice for breastfeeding moms.

You can become infertile from using birth control.

Not having a period is dangerous.

In general, we’re concerned about women who do not get their period naturally: Women who don’t ovulate regularly (for example, women with polycystic ovary syndrome) may have an increased risk for cancer in the lining of the uterus. Overwhelming scientific evidence suggests that years of “buildup” without a regular “clean out” can increase the risk of cancer.

Women who don’t get their period on oral contraceptives or while using a progesterone IUD miss their period for an entirely different reason: These methods are designed to keep the inner lining of the uterus thin. Women can expect lighter periods (or no periods at all!) because there is simply no tissue inside to be expelled. This is completely different from having a buildup of tissue inside the uterus. In fact, there is abundant evidence that use of oral contraceptives or a progesterone-containing IUD actually protects women from cancer arising from the lining of the uterus.

Oral contraceptives are an appropriate choice for most women. Most women will also enjoy relief from heavy periods and less intense menstrual cramps. This can be a real bonus for women with endometriosis.

Though the use of birth control carries some risks, the benefits far outweigh the risks for most women. And if you really don’t want to take hormones, the copper IUD or condoms are 100% hormone free.

You can’t get pregnant while on birth control.

No birth control method is completely foolproof. There’s always a possibility (even if it’s very, very remote) that you can become pregnant even while using protection. Abstinence is the only method of birth control that is 100% effective.

Many forms of birth control are close to 99% effective with perfect use. However, real life is far from perfect: In real-life, we have to expect some forgotten pills and prescriptions left at the pharmacy. The real-life success rates for various methods of contraception are as follows:

For women who are seeking long-term or permanent contraception, an IUD, tubal sterilization, or vasectomy may be appropriate. For other women, there are a variety of safe and effective birth control options.

If you would like to discuss your contraceptive options, call today or request an appointment to speak to one of our experienced practitioners.