What is the urinary tract? 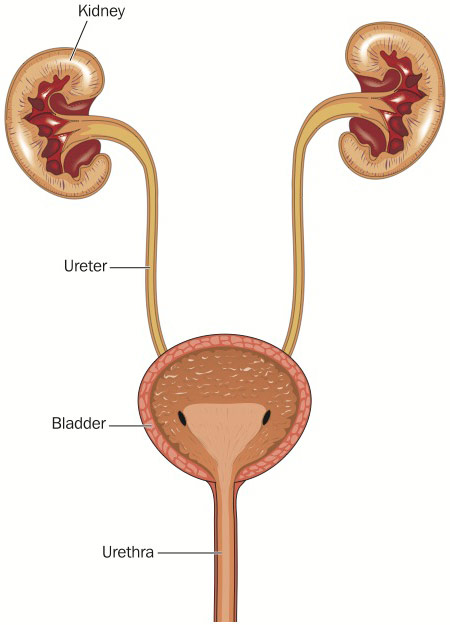 The urinary tract, located in the lower abdomen, removes waste and extra fluids from the body by filtering the blood and creating urine. Conceptually, it is divided into two parts:

What are common symptoms of a UTI?

Symptoms of a urinary tract infection (UTI) vary by location. Patients may have one or a combination of the following:

It is possible to have some of the above symptoms and not have a UTI. Some women have a UTI and no symptoms at all, which is called asymptomatic bacteriuria.

Could it be something other than a UTI if it hurts when I pee and there’s blood when I wipe after urinating?

Yes, there are other gynecologic conditions that may cause some of the same symptoms as a UTI, including:

This is why we recommend all UTIs be confirmed by visiting our office. For proper treatment, you need an accurate diagnosis.

How do you diagnose a UTI?

For women with typical symptoms, testing a clean sample of urine with a test strip usually gives us all the information we need. Physical examination and sonography may be useful to exclude other causes. If additional confirmation is required, a specimen of urine can be sent to the laboratory for culture, with results available within a few days.

Why are UTIs more common in women than men?

Usually the urine is sterile. UTIs are caused by bacteria entering the urinary tract through the urethra. Women contract these infections more frequently than men because the urethra in women is significantly shorter than in men; about 1.5 inches for women and 8 inches for men.

No. While UTIs commonly develop within 24 hours after sexual intercourse, they are not sexually transmitted: The bacteria which cause UTIs are not “caught” during intercourse. Instead, friction related to sexual activity helps these bacteria make their way out of the vagina and up the urethra. This is why UTIs are often associated with intercourse.

Are there ways to reduce my chances of getting a UTI?

In general, good urinary hygiene such as the following is recommended to prevent UTIs:

What can I do about my discomfort before I am treated if it hurts when I pee?

A pain-relief medication containing phenazopyridine called AZO may be purchased over the counter. At The Woman’s Health Pavilion, we offer urgent appointments for women who are very uncomfortable with UTI symptoms. If you currently think you have a UTI, we encourage you to call today for an appointment.

Is it safe to take antibiotics for a UTI if I’m pregnant?

Urinary tract infections are more common in pregnant women. UTIs should be treated in pregnancy to prevent complications for both mother and baby. Several antibiotics are available that are widely considered to be safe to use during pregnancy.

How soon will I feel better after starting antibiotics?

Most women taking antibiotics for a UTI will notice significant improvement within 1 to 2 days; symptoms can occasionally linger for several days more. If you are diagnosed with a UTI, it is important to complete your prescribed course of antibiotics, even if you’re feeling fine in just a day or two. Completing your course of antibiotics makes recurrence of the UTI less likely.

Can a UTI cause bladder cancer?

Bladder cancer and urinary tract infections can have similar symptoms, but UTIs do not cause bladder cancer. Frequent urination, blood in the urine, and pain while urinating may indicate either condition. If you have urinary symptoms, it’s important to seek medical care to determine the cause of your symptoms and to receive proper treatment.

The Woman’s Health Pavilion frequently treats UTIs and a range of other gynecologic conditions. If you are having unusual symptoms, request an appointment with a gynecologist or support staff at any of our Long Island locations. We see patients 7 days a week and offer same-day appointments for urgent conditions.