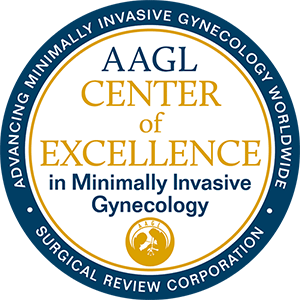 Just uttering the word is enough to strike fear into most women’s hearts. When women hear “hysterectomy,” they imagine a procedure which will make them older, less feminine, and less sensual. But before your eyes glaze over and you head for the door, you owe it to yourself to understand what “hysterectomy” means…and what it doesn’t mean.

First, understand that “hysterectomy” means removal of the uterus, or womb, and only the uterus. The uterus is the pear-sized organ in your pelvis that bleeds every month, and carries a baby when you are pregnant. These are its only two functions. Your uterus is not responsible for your hormonal functioning; it is not responsible for “feelings of womanhood,” or sexual desire, or lubrication, or orgasm. It’s just a muscle, with a lining inside that grows each month, and sheds each month with your period. Removing the womb does not mean that you’ll get fat, or grow a moustache. It doesn’t mean that you’ll stop being interested in sex, or having orgasms. Removing the uterus does not make you menopausal. Removing the uterus only means no babies, and no periods. That’s all.

Some of the confusion in this area arises because some women have the ovaries removed at the time of hysterectomy. The ovaries are a completely different story: The ovaries produce estrogen and progesterone, and also a small amount of testosterone. At the time of natural menopause (averaging age 51 in this country), ovarian hormone production declines, and women notice symptoms of menopause like hot flashes, night sweats, sleep disturbances, vaginal dryness, and changes in mood, memory, and cognition. If the ovaries are removed in pre-menopausal women, women will go through “surgical menopause”—an abrupt transition into a menopausal state. Normally, however, the ovaries are not removed at the time of hysterectomy in pre-menopausal women.

Historically, removal of the ovaries was routine at the time of hysterectomy. Even in young, healthy women with normal ovaries, removal was common. Many women thus suffered an unnecessary surgical menopause, and an entire generation grew up associating hysterectomy with the onset of menopausal symptoms. Removing the uterus alone does not cause menopause: Removing the uterus means no periods, and no babies. That’s all.

I have encountered hundreds of women who have suffered unbearably trying to avoid hysterectomy, just because no doctor ever spent 10 minutes with them explaining how these organs function. I have met women who were willing to wear adult diapers during their periods, who have had difficulty keeping their jobs because of missed work due to bleeding or pain—just because they thought definitive treatment would mean an abrupt transition into menopause. I’ve even had women tell me (more than once!) “I want you to take out my uterus, but I’m not signing for a hysterectomy!” For women who suffer with their periods, hysterectomy ends their cramps and heavy periods, but leaves them otherwise feeling exactly the same: They don’t get hot flashes, they still have orgasms, and they lubricate sexually just as they did before. Even though they may get PMS symptoms every month, they don’t get a period afterwards.

For many women, understanding these distinctions is a real game-changer. When women hear that hysterectomy does not affect their libido, or their capacity for orgasm, or require them to take hormones, they see their options in a whole new light. Hysterectomy is just one of many options, but it is not one to be feared. For some women, hysterectomy translates into a huge improvement in their quality of life. Indeed, my surgical patients frequently tell me they wish they had opted for a hysterectomy earlier.

There are three basic techniques used to remove the uterus: Open (laparotomy), Laparoscopic, and Vaginal.

An open hysterectomy is performed using a laparotomy incision. Usually, this is a 6-8 inch “bikini-type” incision, but occasionally a vertical (“up-and-down”) incision is used. Typically, this operation requires 2-3 nights in the hospital, and requires 4-8 weeks of recovery time.

The basic technique of open hysterectomy has not changed since the 1950’s. While the procedure is safe and still has an important role in treatment of certain women, the open technique is the most invasive method of removing the uterus. Because it entails a sizable abdominal incision, women take longer to regain their full function and stamina after open hysterectomy. Pain medication is necessary postoperatively, which can slow the return of intestinal function. Scar tissue and infection are more common, because the abdomen is opened and organs handled during the procedure. In short, open hysterectomy—though sometimes required—is the least desirable technique for removal of the uterus.

Hysterectomy is just one of many options, but it is not one to be feared.

Remarkably, two-thirds of hysterectomies in this country are still performed using an open abdominal incision! This is simply stunning, because the vast majority of women are candidates for less invasive alternatives.

In the last decade, laparoscopic hysterectomy has become increasingly popular. Laparoscopic hysterectomy is performed using small (generally about ½ inch or less) abdominal incisions, through which a telescope and long, slender instruments are passed. The telescope is used to project images of the surgical field onto a high-resolution video monitor, which permits the surgeon to operate with a high-definition magnified view. In some cases a portion of the procedure is performed laparoscopically, and the uterus is then removed through the vagina (a “laparoscopic-assisted vaginal hysterectomy,” or LAVH). In other cases, the uterus is detached from its anatomic attachments laparoscopically, and a special instrument is used to remove the uterus through one of the tiny incisions in strips.

Laparoscopic hysterectomy is incredibly precise, and results in minimal scarring. Because only tiny incisions are used, women recover very quickly, and have little postoperative pain; the vast majority of patients who undergo laparoscopic hysterectomy in our practice are discharged home on the afternoon of surgery. Seven to 10 days off from work is usual.

Experts agree that hysterectomy should be performed using a minimally invasive technique if feasible. Of the 600,000 hysterectomies performed in this country every year, however, about two-thirds are still performed using the outdated “open” technique! Most of these patients are indeed candidates for a less invasive procedure; most are never offered a less invasive alternative because their doctor never learned the technique of laparoscopic hysterectomy, or doesn’t perform enough of them to feel comfortable offering this state-of-the-art option to patients. Thus, while medicine has advanced dramatically in recent years, most women are still offered the standard procedure of two decades ago.

Experts agree that hysterectomy should be performed using a minimally invasive technique if feasible.

Failure to adopt these new technologies is widely regarded as a problem, and leaders in Ob/Gyn are working hard to change the status quo. The American Association of Gynecologic Laparoscopists initiated a nationwide program in 2011 to identify surgeons and facilities that offer high-quality minimally invasive alternatives. I am proud to be one of the first surgeons nationwide to be designated a Center of Excellence in Minimally Invasive Gynecology; in fact, as Director of Gynecology at Syosset Hospital, my department was only the second in the country to be awarded this honor! I am also committed to training the next generation of gynecologic surgeons in minimally invasive techniques: For years, every senior resident in Ob/Gyn at Long Island Jewish Medical Center spent 10 weeks rotating through my operating room at Syosset, learning minimally invasive surgical techniques. My hope is that with experience, the next generation of physicians will be able to offer their patients the very best that medicine has to offer.