The obturator sling represents the current state-of-the-art in the treatment of stress incontinence. This outpatient procedure typically requires just 15 minutes under anesthesia, and provides durable, predictable relief for women who suffer from urinary leakage with coughing, sneezing, laughing, and exercise. For women with bothersome symptoms not improved by conservative measures, the obturator sling is a dramatic advance.

Treatment of stress incontinence has been revolutionized in the last decade. Past procedures for incontinence relied on the concept of securing tissue which is sagging to stronger tissues for support. Unfortunately, after 2 generations of gynecologic surgeons performed such procedures, it became obvious that this approach was for most patients only a temporary solution: Natural tissues adapt to tension by stretching over time, so almost any tissues chosen for support eventually failed. Most women had good initial results from past procedures, but had recurrent symptoms months or years later. 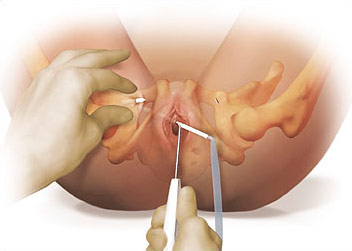 Fig. 1: Placement of the obturator sling

The obturator sling relies on a strip of specially engineered mesh introduced through the vagina to provide long-lasting support and relief of urinary leakage symptoms. The mesh—similar to hernia mesh—is placed tension-free under the urethra through a tiny vaginal incision. “Tension-free” means that it is not anchored on either end; instead, the permeable strip of mesh initially is held in place by friction with the surrounding tissues, and later is anchored into place by the healing process. Tissue grows through the mesh to securely anchor it in place. The material itself is essentially permanent, which contributes to the durability of these repairs.

For women with bothersome symptoms not improved by conservative measures, the obturator sling is a dramatic advance.

The obturator sling procedure is performed in either a surgicenter or in a hospital operating room. Placement of the sling requires a 1 cm incision inside the vagina, and a tiny nick in each thigh crease. The procedure is performed under general anesthesia; patients are asleep for a brief time, and do not feel or remember anything about the procedure. Women are typically discharged from the recovery room after an hour or two, once they have voided without difficulty.

Women will usually have some pelvic pain and upper thigh pain for the first few days after the procedure; the pain is not severe, and can usually be managed with ibuprofen or a mild narcotic. We usually recommend that women take 3-5 days off from work after the procedure. The healing process that anchors the sling into place, however, requires about 6 weeks before complete. Thus, women are advised to avoid strenuous activity (e.g., sit-ups; heavy lifting) for at least 6 weeks after an obturator sling.

Like any surgical procedure, the obturator sling has potential risks. In our experience, the most common complication observed postoperatively is de novo symptoms of urinary urgency: Patients frequently tell me at their 2-week postoperative appointment that they feel they have to run to the bathroom. Almost all of the cases I’ve seen resolve spontaneously within a few weeks; the remainder were mostly women who had some degree of urgency symptoms preoperatively.

About 5% of my patients have difficulty voiding after an obturator sling. I do not routinely use a catheter postoperatively, but I do measure the patient’s first void. In general, women who are able to void 100 mL (a small cupful) will not have subsequent difficulty voiding.

I have encountered mesh “erosions” into the vagina (i.e., non-healing of the small vaginal incision in about 1% of patients, about the same percentage reported in some large trials. Non-healing of this wound is generally not a catastrophe, but may require an additional minor procedure to correct.

Other complications have been reported in the literature, including but not limited to bleeding requiring transfusion, perforations of the bladder, erosion into the urethra, and painful intercourse following placement of an obturator sling. Fortunately, I have not encountered any of these complications among the many obturator sling procedures I have personally performed.

In 2008, the FDA issued a Public Health Notification regarding complications associated with vaginal mesh repairs of pelvic organ prolapse and stress incontinence. Vaginal mesh is but one product which has caught the attention of the FDA: The FDA releases several Public Health Notifications or Safety Communications every year, for products ranging from heating pads to contact lenses. The FDA did not take mesh off the market or recall any vaginal mesh products; issuance of these communications simply indicates that certain complications have been associated with use of vaginal mesh, and that physicians and patients should be aware of these complications.

The FDA received nearly 4,000 reports of complications among 560,000 procedures for prolapse and stress incontinence, of which about 300,000 used mesh; thus, reported complications amounted to slightly more than 1 per 100 procedures. Moreover, the majority of the reported complications followed the use of mesh for prolapse repair, not incontinence. This is important, because in prolapse repairs a fairly large “patch” is used, and remains in contact with the vaginal skin; in incontinence repairs, only a small strip of mesh remains in contact with the vagina. While the mesh used in vaginal surgery is similar to the mesh which has been used to repair hernias for decades, it is still a foreign body. As reason would suggest, the more foreign material that is implanted, the more likely are complications related to it.

The FDA advisory—as well as my own personal experience—has made me wary of using large mesh grafts to repair cystoceles, rectoceles, and uterine descent. Consistent with the FDA report, I have observed a significant percentage of my patients to have mesh erosions (non-healing in the vagina) after mesh prolapse repairs; a few needed additional procedures for correction. I believe, and the published literature confirms, that use of vaginal mesh for symptoms of stress incontinence, however, is safe and effective for the vast majority of women.

The minimally-invasive obturator sling represents a truly revolutionary improvement over past procedures for stress incontinence. I would not hesitate to recommend an obturator sling for a close family member (as long as she chooses a skilled and experienced surgeon!). If you have bothersome symptoms of stress incontinence and would like to discuss treatment options, call today for an appointment.